Take a look at the three images in the composite above. Same picture; three different treatments, each separated by about a year. The photograph dates from my first visit to the French Jura in February 2008 and my first attempt to process the original colour negative is the one on the left. Back then, I was concerned with getting punchy colours, minimising the detrimental effect of the burnt-out woodland and removing one or two distracting elements. I was quite happy with this version for a long while, and it picked up favourable comments on image-sharing websites but, as time went on, my tastes changed and my experience of scanning colour negative film grew. It was time to take another look.

In the second version, I didn’t work too hard on toning down the burn-out bits or removing distractions like the protruding branch in front of the flattish boulder, reasoning that they weren’t particularly large parts of the composition in the first place. I consciously took a different line with my choice of colour pallette, going for a darker, moodier ‘feel’.

For my latest reworking (on the right), I have gone for a much more muted look. The sombre tones of version 2 gave the impression that the image was made in the dimmer light of evening, rather than at midday in a shady nook, so I brought the brightness up and the saturation right down. Am I happy with it? Well, not entirely but it will do for now.

And the point? Well, there are a couple of points, really. The first is don’t be satisfied with your first version. Come back weeks, months, even years later and have another go starting with a clean slate. In the meantime, your skills will have improved, your tastes will have changed and you will, most likely, have an increased awareness of any previously overlooked imperfections in your work.

And the second is that, if you choose to keep all versions of an image, you have a record of your evolving style – or at the very least something you can look back on to check your progress. 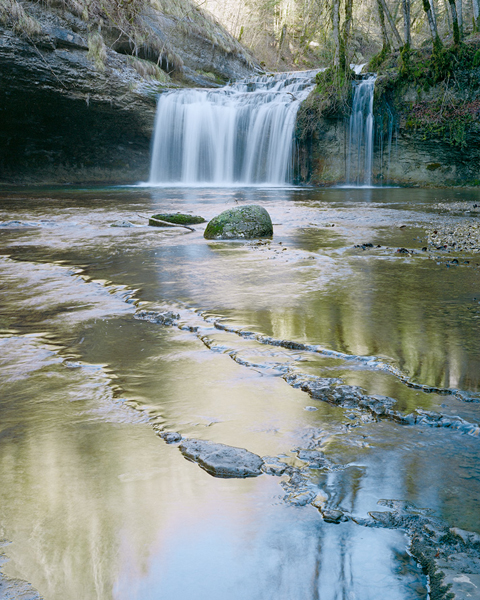 This entry was posted in Aesthetics, Film, Philosophy, Trips. Bookmark the permalink.